You would have had to be living under a rock to miss Avaya’s recent announcement that it had filed for Chapter 11 bankruptcy protection. Understandably, many Avaya users here in the UK have asked us what impact this news would have on their communications technology investment.

If you, too, have been wondering, here is the good news: The filing concerns Avaya’s US subsidiaries rather than its foreign entities, meaning Avaya in the UK will continue normal operations. As an Avaya customer you shouldn’t face any disruption to your service as a result of the filing. Here at Britannic, business with Avaya has indeed continued as usual and we receive the same great support from our account management, technical services and senior management teams as we always have. That directly translates into Britannic customers receiving the same high-quality services and support levels they have come to expect from us.

It is important to note that Chapter 11 under the US Bankruptcy Code is a common way for US companies to rescue a business, notably by giving it a fair chance to develop a reorganisation plan and restructure its balance sheet as part of a controlled process. It does not equal the UK’s insolvency regime but aims to provide a true rescue mechanism that gives the indebted company the best possible chances of survival by facilitating a ‘breathing spell’ from creditors. You can read up on the detail of Chapter 11 and key differences to UK legislation in this R3 Industry Paper, which is an interesting read in its own right. Avaya management will continue to run the business backed by a plan to return to profitability and satisfy creditors at the same time.

Speculations about a contact centre divestment and buyout rumours were running high last year, but if there was ever a doubt about Avaya’s near term future it has cleared away with the vendor’s decision to file for Chapter 11 bankruptcy protection.

And they are not the first ones to choose this route. Back in the noughties, we saw it happening to Worldcom, which indeed emerged stronger from its restructuring and has since been acquired to strengthen Verizon’s enterprise solutions division, while contact centre software vendor, Aspect came out of Chapter 11 within just over two months in 2016 thanks to a creditor backed capital restructuring plan. 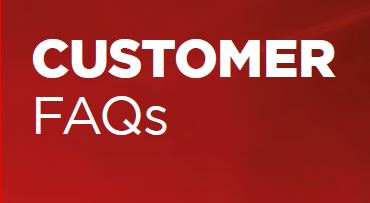 A Step in the Right Direction

The position that Avaya has taken is positive as it enables the company to reorganise without having to divest its portfolio except for its networking business, which has become the subject of an asset purchase agreement with Extreme Networks. This move sharpens the focus on Unified Comms and contact centre technology, protecting Avaya's core assets and intellectual property. The expectation is that the company’s reorganisation will reduce debt and interest expense from a capital structure that dates back more than a decade, to a time when the company was a hardware vendor. Avaya has since evolved into a software and services business with a strong focus on cloud-based communications and contact centre platforms that work across multiple devices and the web. Only the financial hangover from its original equity buyout and its Nortel acquisition remained to be tackled. A structurally improved Avaya will ultimately have more flexibility to invest in innovation, operations and customer service to propel profitability and increasingly shed debt.

Of course, this situation opens the door for fierce competition but uncertainty about Avaya’s product portfolio isn’t something that we feel because its business divisions are performing well overall and have shown year-on-year growth across several categories including contact centre products and networking and sequential growth in Unified Comms. As an existing Avaya customer you will continue to build on some of the best communications technology that’s out there.

Avaya’s IP Office communications platform, for example, remains a strong choice for midsize organisations with up to 3,000 extensions. Only recently, at the back end of 2016, our team rolled out an Avaya solution for a global company with 2,000 users, with great support from Avaya. Naturally, questions about the vendor’s position were raised ahead of their decision to invest in the technology, but the value Avaya solutions add to midsize and large companies stays significant. Additionally, we will continue to underpin these with the commitment of a long-term support contract.

Even in the event of a takeover, products like the IP Office platform are expected to remain in the market largely unchanged due to their market share, functionality and trusted performance. Gartner’s Magic Quadrant Reports are a good indicator of Avaya’s strengths. Here, the vendor has held a leadership position for Unified Comms solutions for seven consecutive years thus far. Impressively, Avaya has also held its Gartner leadership position for contact centre infrastructure since 2001.

There are plenty good reasons to have confidence in the vendor. At our next seminar “Digital Workplace Transformation with Avaya” on 16th March, Avaya will open the session with a corporate update. Along with the latest road map update and product news, we will discuss how you can continue to build on your Avaya investment. If you have any questions ahead of the day, feel free to ping a message to your Account Manager.

For more information on Avaya's position, download the Customer FAQs.